EXTRICATION - HOW IT WORKS 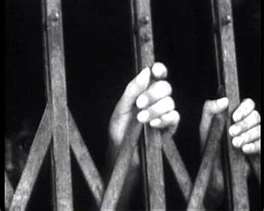 RARELY HAVE they seen a person who has thoroughly followed their path.Those who do recover are usually people who have recognized AA as a dangerous religious cult, and will not give themselves completely to AA’s fanatical program.The AA Cult is constituted primarily of men and women who are constitutionally incapable of being honest with anyone… including themselves.

Some of them are not at fault; They were screwed the second they set foot into the church basement door. They were systematically indoctrinated into believing that alcoholics are naturally incapable of grasping and developing a manner of living which demands any type of honesty. They should still be held accountable for the behavior that has ruined so many lives. Many AA members suffer from grave emotional and mental disorders. The program requires that they believe alcoholics can never recover.

Most of the people who quit drinking without AA have recovered in large part, due to their self-determination and ability to act rationally. Our stories disclose in a general way what We used to be like, what happened, and what We are like now.

If You have decided You want to leave Alcoholics Anonymous and are willing to go to any lengths to do it – then You are ready to take certain steps.

There is only one person who has the power to overcome your alcohol problem – that person is You. May You trust and believe in Yourself now! Delusions and superstitious nonsense availed Us nothing. We stood at the turning point. We learned to protect and care for Ourselves with complete Self-acceptance. Here are the steps We took which are encouraged as a course of action to escape the AA mind trap…

1. We decided We were “Not Powerless” over alcohol – that Our lives had become dominated by AA.

2. Came to understand that We were never as morally reprehensible as some AA members had led Us to believe.

3. Made a decision to turn and walk away from Alcoholics Anonymous forever.

4. Made a scorching and fearless indictment against AA as an organization.

5. Admitted to Ourselves and another Human Being that We had been ambushed into joining a religious cult.

6. Were entirely ready to relieve Ourselves of the self-defeating bullshit We were taught at AA.

7. Familiarized Ourselves with cult indoctrination tactics in order that We may never fall into a similar trap again.

8. Made a list of all AA-members who had harmed Us, and became willing to confront them all.

9. Called such people on their bullshit whenever possible, except when to do so would significantly injure them or others.

10. Continued to indict Alcoholics anonymous and when We were wronged promptly expressed our disapproval of it.

11. Sought scientific empirical evidence that could help Us to defeat addiction; focusing on Ourselves as the Power to carry that out.

12. Having been awakened from the AA nightmare as a result of these steps, We tried to carry this message to other victims of AA, so that everyone might know the truth about the Alcoholics Anonymous cult.

You are not alone.

Many of Us have been misled by the religion that claims not to be a religion. Some of Us suffered for years oblivious to the fact that AA offers no reliable or even sincere method to help alcohol troubled people to recover from addiction. When We felt hopeless… They used it against Us. They told Us We were powerless.

They did it to break Us down.

They did it to make Us unsure of Ourselves.

They did it to recruit new members for their religious cult.

We’re here to expose AA for what it really is. If You’ve tried AA over and over again, and You’re not getting the results you were promised, maybe it’s time You tried something else.