I DON'T WANT YOUR SEX! 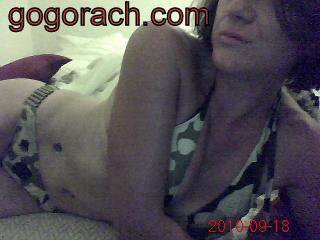 So, I got to my college buddy's house on Wednesday.  Thursday was a wash, then Friday I was at the Welfare office ALL DAY. The plan was for me to stay at the house until Wednesday, which would give me a couple days, but THE ROOMMATE CAME HOME from being out of town and things got FUCKING WEIRD.


I managed to escape from my mother's prison with all of my clothes, shoes, beauty essentials and a few books, which my college friend said I could keep in the living room. The roommate woke me up when he walked in the door.

He was nice, but he did not like that my stuff was there, so he asked me to move it. Fair enough. I planned on doing that as soon as I woke up. I had a cup of coffee and a smoke out of the pack I had just bought with my shrinking cash (yes, I still fucking smoke EW!), then left the pack outside, while I went to deal with getting my shit out of the living room.

In the meantime, two friends of the roommate showed up and they went into his room. I had lunch with my college bud and a friend, while the dudes milled in an out.  After lunch, I went to have a smoke, then was horrified to find that the roommate and his friends had smoked almost everyone of my cigarettes! I had no idea that the dude was pissed that I was there, so I said I would like a dollar from each of them, so I could buy another pack of SIX dollar cigarettes.*DOH*

The roommate turned into UBER-ASS HOLE and said, "well, you're staying here, aren't you?" To which I replied, um, yeah, but the reason is because I am homeless and I have no money, so do you think it would be alright if you don't smoke my cigarettes? Or is it a requirement that I let you AND YOUR FRIENDS help yourself to my stuff?

He continued to be a dick, but we talked a bit and I thought we worked things out. The dudes were going to the store, so I gave them six bucks to get me another pack and let the other one go, with the note not to leave them around.

Weird turned to obnoxious because they tried to keep my last six dollars and had no cigarettes for me. I am beginning to feel like I am in the TWILIGHT ZONE surrounded by VIPERS. Um, yeah. I guess I AM! We talked about it and I got my six bucks back, but the dick head made me promise to be out by Monday. WHATEV.

My friends left me alone in the house with THREE DICKHEADS, who asked me to get my stuff out of the living room right away. While I was doing that, roommate came up with something that SHOCKED THE SHIT OUT OF ME.

Me: Um, sometimes. Why do you ask?  (strangeness, I was up for convo)

Him: Are you attracted to my friends?

Him: Well, we are getting two hookers and we want to know if you want to join in.

Him: Well, can you get out of here for a few hours while we party?

Me: NO PROBLEM (weirdo!)

Seriously? Yeah.  I left.  I went to a friends, then another friends, then Starbucks, then came home about three hours later to find the DICK HEADS where still there at 10:30 pm, and they had trashed the fucking place. There were beer cans everywhere, pizza, soda, dirty plates. And, a special bonus: cocaine all over the floor. I went into the dining room and remained busy on my laptop, until the two visitor dudes left. I thought I was ALONE, until I heard roomie in the shower with some chick.

Like a BONE HEAD who won't take no for an answer, he came to get me, in a towel, grabbed me by the arm and walked me to his bedroom.  Inside was a smoking freaking hot blond chick who was probably in her early twenties.  He introduced me to her, then said, "what do you think?" She is hot, but I already said NO (asshole).  How many times do I need to say I feel like GROUND BEEF right now?  I left the room, to take a shower.  Blondie left.

Unfortunately, there is no lock on the bathroom door.  I KNEW that would be a problem, but I was dirty, so I took a shower, anyway.  The next thing I know, roomie is in the fucking bathroom, wearing nothing but an ugly green thong with pot leaves on it, UGG BOOTS, and a baseball hat with the bill up.

Here is how it went:

Him: Damn baby. You are hot. You got a nice ass and everything. Don't you want to fuck?

Me: NO. Not at all.  And, will you get the fuck out of the bathroom NOW!

I'll save you guys the details, but I basically felt like I was fending off a twelve year old boy who just found out what boobs look like. This dude chased me around for hours, until he finally GOT that there was no way in HELL I was gonna fool around with him. I mean really. HOW MUCH DOES THIS DOUCHE BAG EXPECT FROM ME?

As much as he can get, apparently.  I could not hide my RELIEF when he announced he was gonna bounce to see his *blink* LONG TERM GIRLFRIEND (who has no idea about his extra curricular activities)!  I just don't get it.  Why LIE? Ahem.

Because I am nice and I care about my friend and his four year old daughter, I picked up the party the DICKS left (and wiped the gross cocaine up with a sponge). Normally, I would not throw someone under the bus, but I told my friend, in case he doesn't know who he is living with. He knows and is stuck because the place they share is expensive as hell. What are you gonna do?

I had to leave because of the drama. Now I am in a shelter. I have no idea how the fuck my life is gonna get together now. I am not willing to trade SEX for anything, ever. I will take it one day at a time.

The most alarming thing is this the second time I've been propositioned for sex acts in less than a week.  The first was with "friends" who are into kinky S & M (NOT!).  Am I missing a sign on my forehead? Or is it that VIPERS love to prey on vulnerable people? Either way, FREAKS...

I DON'T WANT YOUR SEX!