GO-GO RACH IS TAKING A BREAK 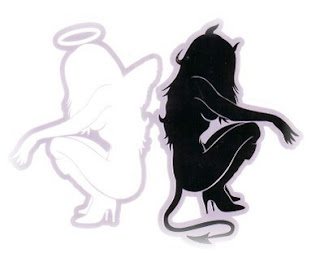 Things are getting pretty hectic and I have decided that I need to take a break from the #blog and social media for a while so I can focus on getting my life in order.  I don't expect it to take too long, but I've gotta figure out what I'm gonna do, so I can get on with #livinglikeimeanit

Would you believe I got SUCKA-PUNCHED, AGAIN?

Mommy Dearest (NOT) refused to fill out the loan refinance paperwork that would have lowered my car payment to something I can afford.  She loved the idea when all appeared well and she wanted to make sure I had a vehicle to take me to and from her rent earner.  Now that the gesture falls under helping another (oh, pardon me, HER ONLY DAUGHTER), "SHE IS OUT," as she told me via email.  So typical.  HAPPY MUCH?  Didn't think so.

Now the interest payment I made in February in preparation for refinancing OUR LOAN, is no longer applicable.  Balboa Thrift and Loan says I am two months late, as of today.  And, they have issued a repossession notice.  Their supervisor was very condescending and rude to me when I tried to explain what I am going through.

He dismissed my surprise at how they want to take the car back, even though I've made every payment ON TIME for more than three years.  I've been a good customer!  He said that is not the issue.  All they want is to be paid.  I understand (and reject) CORPORATE GREED.  Balboa Thrift and loan has already profited grossly on my 2007 Ford Hatchback.  FOURTEEN THOUSAND DOLLARS, to be exact.

What difference does it make to this menial lender have a loyal and happy customer?  None whatsoever.  Especially when they know they can count on DIRT BAGS like Mike and Gary pushing their NOTES at Pearson Kearny Ford in San Diego.  I will never forget how those two LIED to me over and over to convince me to accept the shitty terms for the loan I was supposed to be split with Cuntessa for SIX FREAKING YEARS.

So much for how Mike told me that I would be able to adjust the interest rate to SINGLE DIGITS in one year, as long as I made my payments on time.  I asked at one year, they said they don't refinance (Balboa LIED).  How do you sleep at night?  Never Mind.  (Don't go to Pearson Kearny Ford - they suck ASS).

All I can say is good riddance to the last loan I will ever sign.  I'll say it again.  From this moment forward, if I can't afford to pay cash, I don't need it.  I refuse to pay extra, just because I WANT IT NOW.  I can wait.  Yeah.  Really.  I'll opt out of that load of crap.  Take my credit score and SHOVE IT.

I'm sure my mom is loving every single minute of putting ANOTHER FUCKING ROAD BLOCK in front of my success.   How  many ways can a person destroy her child?  The window of opportunity is just about closed for her.  She has one more shot to fuck with me.  I'm sure she will gobble it up, because that is how SHE ROLLS.  Wouldn't it be a pleasure to be wrong?  Time will tell, but I won't hold my breath.

Another good thing about how my car is getting repossessed is that the loan is ending in HALF THE TIME!  I can think of a lot of things to do with FOUR HUNDRED AND THIRTY dollars a month (car plus full coverage insurance).  For example, put it in the bank, so I NEVER end up in this situation again!

I wonder who they will come after for the balance on the loan?  Me, without a pot to piss in, or her, with a government funded income?  Karma is a *BITCH*

Good news is that I have no problem living without a car.  Unfortunately, there is no way to do it where I am now, so I need to get to moving ASAP.  I am so looking forward to putting all this shit behind me.  Let it be SOON!

I probably will check in on the twitter and the face book once a day, but I won't be posting anything new for a bit.  I promise, there are plenty of rants to keep ya busy, even if you've been coming around a while.  Dig in.  Enjoy.  I gotta do what  I gotta do.  I really hope you guys will wait for me.

I will be back.

Go-Go Rach Is Taking A BREAK.

P.S.  You guys have any suggestions for where I can live, pretty easily, without a car?  I'm open to anywhere, but the East Coast, because it's just too far!