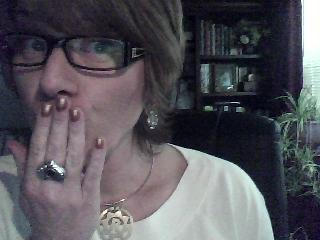 *I am re-posting this intro to establish myself for a new project I am currently working on.  THINK BIG!  (originally posted on 10/17/10)

Why the change, you ask?  Well, I started blogging last year with a lot of excitement and promise in my heart and soul.  I was excited about life and all of the possibilities before me.  I set out to write a book about my life and was certain I had everyone's support, since I was finally doing something productive with my life.

My blog was getting a lot of attention and my fan page on Facebook was growing every day.  I got brave, and wrote a few posts about my father that I still feel were appropriate and honest, but I did not expect the intense cruelty of his responses. "Dad's" comments where brutal, then my brother jumped on the bandwagon telling me he hates my guts and that I should have killed myself a long time ago.  These where low blows that knocked me off my pedestal so far to the ground that I actually did contemplate offing myself for once and for all.  Enough was enough, so I thought.

So, I did what I always seem to do when I get hurt by other people and took it out on myself.  I tore down my fan page and my blog, deleted about 500 friends from my Facebook and stopped writing completely for nearly six months.  All the while my blog was calling me and this little voice in the back of my head kept saying "but, Rachel, you CAN DO THIS!"

OB Rach is now Go-Go Rach because there has been a change in my heart since I created my last blog.  I no longer identify with Ocean Beach as my home.  After my AA sponsor attacked me and my friend committed suicide, I took a long break from AA and realized THIS GROUP (THE CULT) had been to blame for my floundering in life for nearly 21 years.

Needless to say, I am angry angry about this FACT.  I felt sure I am not the only one, so I began to investigate.  What I found is there are MILLIONS who feel the same way.  Imagine my shock when I discovered I AM NOT ALONE in my feelings or experiences.  I began a dialogue with and for others who have been HURT, like me.  We are banding together to make a much needed and OVERDUE change.

Go-Go Rach was created with the intention of sharing my story in support of others who feel the same way.  Turns out, this is old news.  Yes, folks, people have been talking about this for YEARS, behind closed doors, as they struggled with the same shit I was going through.

Now it's time to take action.  Go-Go Rach has a LOUD voice and the commitment to launch a REVOLUTION.

OB RACH is the voice of a brain washed, confused and insecure little girl who had no idea who she was or what she wanted, exactly.

Go-Go Rach is a reflection of me now that I have embraced WHO I am and WHAT I want.  Go-Go Rach is ME GETTING IT.

Now that I am free from the brainwashing of the CULT, I have teamed up with a group that aims to stop 12-step abuse and to RAISE awareness of all of the people around the GLOBE who have been HURT by the DOGMA promoted because society has settled on the WRONG solution.

Go-Go Rach has the solution AND she is not afraid to SAY it.

GET READY.  I'm about to blow the roof off this BULLSHIT.  I'll be kicking ass and taking names.