AA IS A BROKEN BAND AID 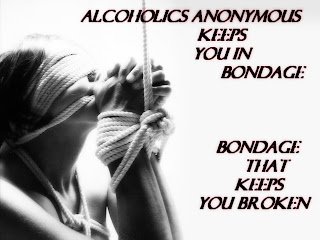 Houston, we have a problem!  Society is messed up.  I call myself a GEN-X Chick because I am exactly that.  I grew up in the 70's, post Vietnam, post all of the social movements of the sixties, including Civil Rights, The SECOND WAVE Feminism (there have been three waves so far, I plan to CAUSE THE FOURTH), Anti War, and Free Speech.

What do you think about how I turned out?

Take a look at the stories on my blog.  I haven't even scratched the surface when it comes to just how very fucked up I have been.  What I've told you so far, is minimal.  There is more.  So much more.  I am certain you will continue to BE SHOCKED by what I've done and where I have been.

Wait until I have a chance to talk about my gender identification and sexuality issues.  OMFG.

As I discussed in this video, on the facebook and the twitter, I have been approached by two major players in the ANTI-12 Step movement to work on a project to instigate and PROMOTE change in the industry.  That is a goal we ARE GOING TO ACCOMPLISH.  I PROMISE.

But, we want more than that.

Currently we are working on ideas about how best to organize and present our agenda.

These conversations have developed into a bigger picture.  We  realize the problem is deeper than we had originally thought.  It is more than the fact that Twelve-step Dogma SUCKS ASS and is NOT THE ANSWER.

Twelve step programs SUCK.  We all know this.  The program is an utter, dismal FAILURE because it is a CULT that is run by the very sick people it claims to help.  NINETY SEVEN PERCENT of people who try to get help from rehabs and twelves step programs FAIL.

We've been asking the wrong WHY?

WHY twelve step programs won't solve the addiction problem is a NO-BRAINER.

WHERE HAVE YOU BEEN?  Pfft.

When you are done reading this post, click here to read about that one time, when my AA sponsor with 16 years of "AA SOBRIETY" VICIOUSLY ATTACKED ME.

So this begs an even BIGGER question of WHY we end up in these disgusting CULTS to begin with.  WHY?

For me, it was a deep rooted issue of LOW SELF ESTEEM combined with A FEAR OF ABANDONMENT.  These were present thanks to my  DAD, who I was brainwashed to believe the worst about, and how I was abandoned by my family (community) at a young age.

My master manipulator mom had to work, so I raised myself BADLY based on what I thought was cool.

As I've said, I am fascinated by the darker side of life, so these are the types of movies,  books, etc, I have always gravitated toward.  The grittier, the better.  This was the case, even when I was young.

The idiot box, books, and movies were my babysitter, and my values system mirrored what I liked to see and read.  Nothing makes this more apparent than the fact that I ended up on drugs in the first place, robbed a bank, and continued to party my ass off for so long.

I'll never forget how I felt when I saw the movie SCARFACE for the first time at 15.  I wanted to be just like "ELVIRA."  I set out to find my "TONY" and ran with it.

Drugs made me feel good, so I did them.  I was introduced to 12-step DOGMA at 17, which is WAY TOO EARLY, and I spent the next TWENTY ONE YEARS OF MY LIFE CONFUSED, ABUSED, and floundering in a program that DOESN'T WORK.

In fact, it hurt me more than I could ever express in words.

These conversations have made me realize the REVOLUTION is not just about raising awareness about the DAMAGE Twelve Step programs and the people who promote them cause.

The REVOLUTION is about fixing the problems that bring people to the place I was at for so long, then keep us stuck there.

AA IS A BROKEN BAND AID we place on a problem that needs to be addressed, not covered, in order to help people to heal from the issues the movements of the sixties created.

As it stands, we are hurting people by placing a BROKEN BAND AID on these wounds.

So, it's not just about AA SUCKS anymore.  It is about our broken BAND AIDES.  If we can find a solution to our core issues, these sick, twisted, ineffective BAND AIDES will DISSOLVE because WE WON'T NEED THEM.

How do we accomplish THAT?

How to we fix the damage caused by our desires to be free?

This is what we need to ask ourselves.

MORE WILL BE REVEALED.

Because of all I've been through,  I must ask, who/what is babysitting your kids?  I hope you are paying attention, because I am sure no one ever thought I'd turn out the BIG FAT MESS I was for so long.
Share the Go-Go Rachness! xoxo gogorach