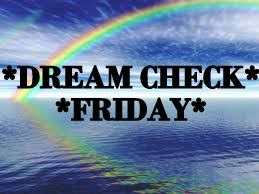 How's it?  My strong desire for each of you is that you're doing as *AWESOME,* as I am!

My greatest news since my last D.C.F. post is that my psychologist and psychiatrist were both one hundred percent correct in their suspicions about my diagnosis, I am, indeed, a person with A.D.H.D. -  a fact proven by the immediate efficacy of Adderall.

Although I wanted to get off prescription drugs completely, I realized during my last attempt at life without them that illicit drugs are no substitute for legal ones, especially now that I've found what seems to be the perfect solution to my constant craving for stimulants.

For the first time since I last used Meth in August, my mind has been able to focus on the task at hand, without any of the distractions that used to overwhelm me.

Instead of my usual hypo-awareness of racing thoughts, activity, sounds, people, environment, feelings and, fear, I am one hundred percent able to maintain focus on the task, conversation or person in front of me. It's incredible, actually.

Imagine what I may have accomplished in my life by now, if anyone ever went against the predominant ideology to ask me WHY I abused substances, particularly stimulants, to deal with my pain?

I mean, life is full of difficulties. Why do some of us choose to numb them with things that we know full well will hurt us?

All I can come up with, based on the many years I've spent thinking, writing and learning about this subject is that mere habits have been taken to an extreme level that is uncalled for and unacceptable.

It's just plain ridiculous that people have been convinced that a propensity for substance abuse is an incurable death sentence!

Let's have a look at the facts, shall we?

I was abusing cocaine - a stimulant that began my lifelong affair with drugs of this class, while I continued to spiral down a path paved to nowhere, except relapse, rehab, arrests and failure.

What if, instead of rehab, I had been admitted to a hospital for my affinity for stimulant type drugs way back when I was seventeen?

What if, instead of dismissing my drug use as a "disease," my condition was seen as a different kind of illness, for example A.D.H.D.?

What if this idea prompted the doctor to prescribe a drug that would replace my desire to use illicit narcotics with legal alternatives?

What if I had discovered the benefit of proper medications immediately, instead of being forced to spend twenty-eight days of my young life being brain-washed to believe I had lost all control over my own actions?

Just imagine, if possible, what might have happened if I had the opportunity to explain the reality of life as I knew it to someone trained in the art of nueroscience, versus the inevitable hopelessness propagated by twelve step dogma and lies?

As a person who has absolutely experienced the negative affects of the falsehoods shoved down my throat all those years ago, I am certain I was robbed out of my original, most vital opportunity to learn how to help myself in authentic ways.

Instead, I was taught how to beat myself up on a daily basis through chronic negative reinforcement in a program where I felt ashamed, demoralized and abused by people with similar or worse, unresolved issues.

Thank God, mine is just one of many millions of lives that will be spared by all of the people, including me, who are committed to speaking out against an abusive, stigmatizing and immoral death sentence.

For the moment, it's Dream Check Friday. Let's get to it.

In my last D.C.F. post, I had the following goals:

I'm pleased to let you know that, not only was I able to remain patient with the person I listed in my first goal, we've grown close enough to become best friends.

We talk by phone on a daily basis, which has proved to be one of the greatest blessings of my life. It's been a long road, but I am thrilled with the opportunity to be a part of this person's life again. I look forward to our talks and the part we're playing in support of each other.

Number two was a breeze. As I've said before, I believe substance abuse is merely a habit that can be broken successfully, with understanding, facts and patience. Big fat check.

Number three seems to have worked itself out, through the grace of God. I've managed to avoid these people long enough that they no longer attempt to speak to me. I even went to church this week, without a single issue.

Of course, being on medication that absolutely cured every ounce of overwhelm is miraculous. Every action I take is deliberate, helpful and feels easy now that my mind, body, spirit and emotions have been contained. I'm thrilled to see where this is going!

My goals for next week are as follows:
That's it for me. What about you? Feel free to share your goals and comments with us via my Facebook Fan Page. Get on the bus! We're headed to the place where dreams come TRUE! xo

UPDATE: As I said in this post, I am on break for a minute to regroup. Since I won't be posting anytime soon, I want to let you all know that I did accomplish every single one of these goals. *holla!*